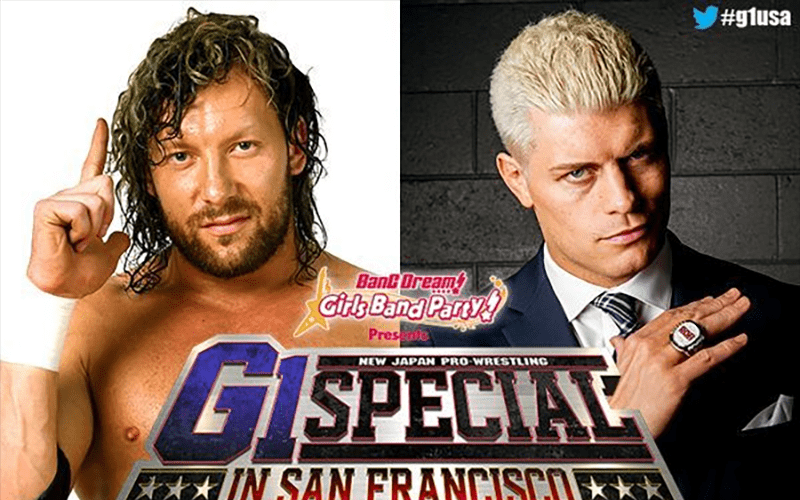 While taking part of an AXS TV media call today, Kenny Omega revealed a stipulation for his IWGP Heavyweight Title match against Cody Rhodes at the NJPW G1 Special.

According to Omega, the winner of the match will be the person who leads the Bullet Club moving forward. Omega noted that neither he nor Cody can handle being second banana and that both of them will pull out all the stops to win.

NJPW G1 Special takes place on July 7th at the Cow Palace in San Francisco, California and will air live on AXS TV.