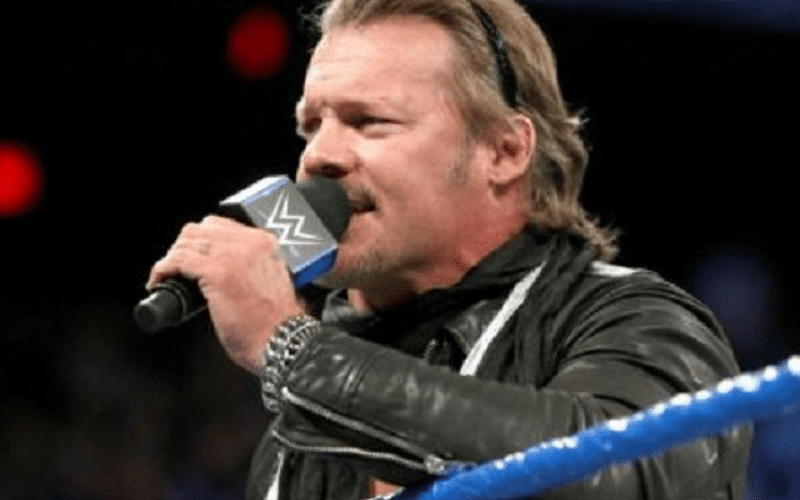 Just because Chris Jericho is now performing in New Japan doesn’t mean he’s done with WWE. But at this point, it looks like his IWGP Intercontinental Championship is going to keep him in New Japan for a bit.

Chris Jericho recently spoke to the Winnipeg Free Press where he discussed New Japan’s current strategy in moving into other markets. He also drew some focus to the fact that both he and Kenny Omega are both from Winnipeg and hold top titles in NJPW.

“[NJPW] is a company that’s slowly but surely increasing its worldwide popularity and basically breathing down the neck of the WWE. It’s a Japanese wrestling company, the top stars are Japanese, but there we were, two foreigners, headlining and main eventing the Tokyo Dome. It would be like two Japanese football teams in the Super Bowl. The fact it’s two guys from Winnipeg is a really huge deal.”

“I’m not expecting a parade, but Kenny and I winning the top two titles, or Kenny and I headlining the Tokyo Dome, that’s news that should be on the front page of the sports section or the entertainment section. If the folk festival comes to town and someone wins best folk festival appearance and is going to play at the Pyramid the next week, they’ll get a story,”

It might only be a matter of time before Chris Jericho returns to WWE. But at this time it seems like he’s having a great time representing both New Japan and Winnipeg as the IWGP Intercontinental Champion.