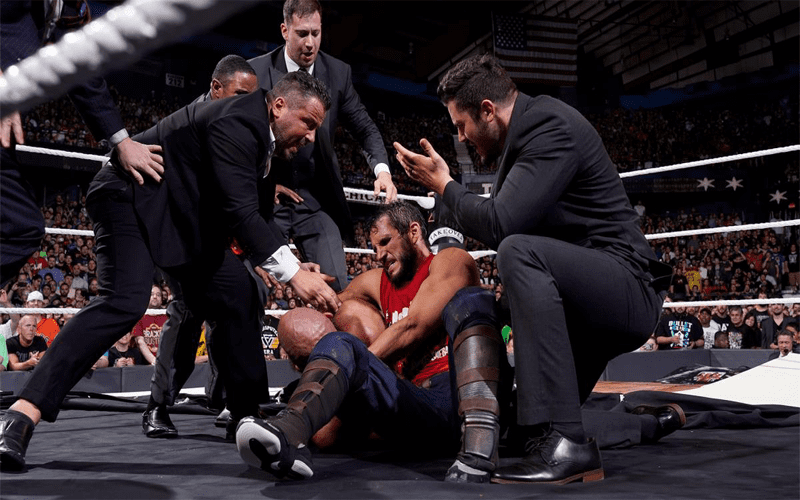 Fans are still ecstatic about what took place at NXT TakeOver: Chicago last night. The main event of that show saw Tommaso Ciampa take on Johnny Gargano for the second TakeOver in a row, and it is safe to say the WWE and NXT Universe is beyond happy with the deliverance.

During the match, as Ciampa and Gargano took to the stage area, a medic came out to take a bump. This wrestler has now been identified as independent wrestler James Alexander.

Alexander may be a familiar face to some fans, as he recently worked as one opponent for Akira Tozawa and Hideo Itami on 205 Live. This was obviously back before the dissolution of the team.

One week before the Cruiserweight Classic tapings, Alexander also faced Ciampa in a singles match in Birch Run, MI. This was reportedly one of the final appearances Ciampa made on the independent scene before signing his full-time contract with WWE.

Alexander stands at 5′ 9″ and weighs approximately 176 lbs, meaning he made the cut for 205 Live. Implementing the Octopush Stretch as a finisher, Alexander is a former FUW Flash Champion, FUW Tag Team Champion, and XICW Light Heavyweight Champion.

Did you enjoy the main event from NXT TakeOver: Chicago? Was it your favorite match of the night? If not, which was? Sound off in the comments below.