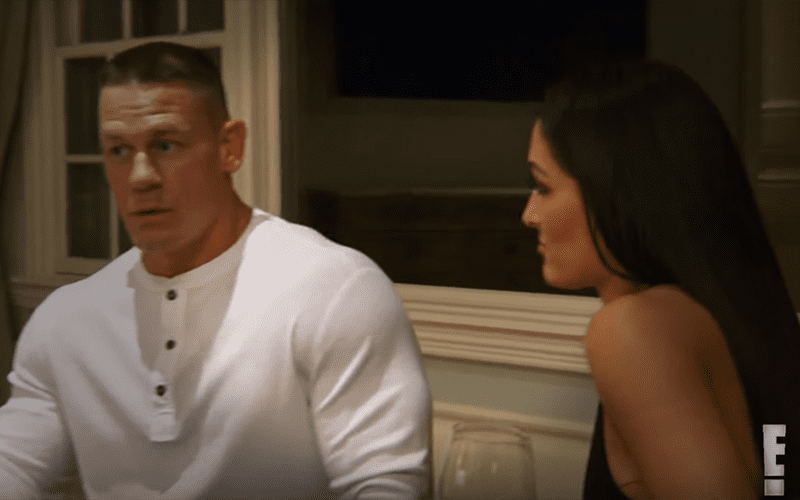 Nikki Bella is allegedly unsure whether or not she fully trusts her ex-fiancé John Cena.

According to People Magazine’s source, Nikki isn’t sure if what John is saying about having children is true and he’s only saying it for her.

“Nikki doesn’t know if she trusts John still. Is he really saying he wants to be a Dad just for her or does he truly want to have children? The more attention this is getting, the more pressure Nikki feels.”

People’s source is also claiming that Nikki is keeping those she can fully trust in her inner circle.

“Nikki is trying to figure out what’s best for her right now. She’s trying to focus on herself by spending time with close friends and family and staying committed to work. She’s not the type to just jump back into it.”

As previously noted, Nikki & John have been spotted trying to work out their differences. The two have been separated since April.