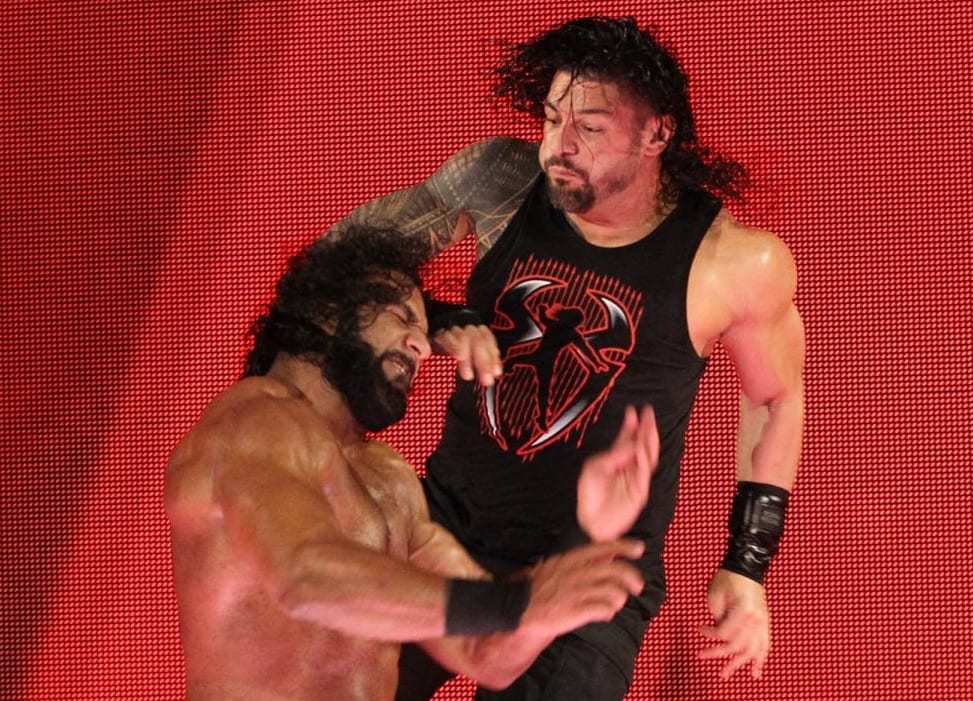 Roman Reigns’ on-going feud with Jinder Mahal is not expected to be a long one and should be ending soon.

Sports Illustrated’s Justin Barrasso reported in his weekly update WWE is likely to transition Roman Reigns away from Jinder Mahal and into the WWE Universal title picture following Money in the Bank event. Reigns is likely to beat Lesnar for the title at SummerSlam.

It’s been speculated for over a month now that SummerSlam may be Brock’s last match for the company before he returns to UFC.