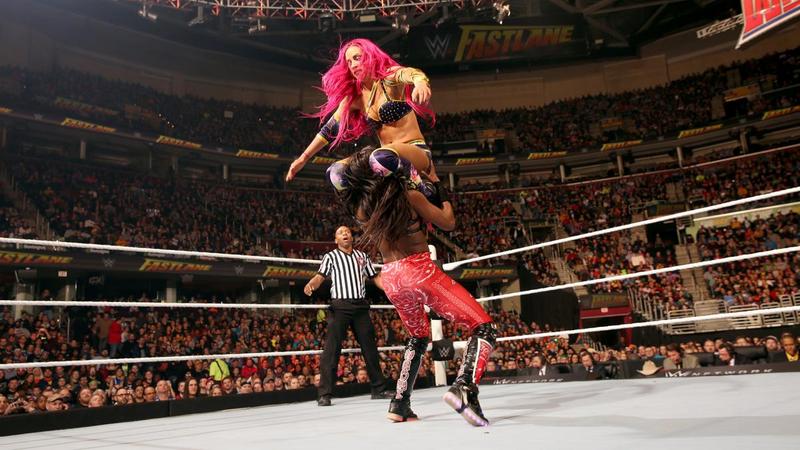 During the gauntlet match on Raw this week, Sasha Banks hit Ruby Riott with her signature double knees off the top rope that she sometimes hits to the floor from the apron. But this week Michael Cole decided to switch things up and call her move something different.

It sounded like Cole called Banks’ signature move, the “Kneeteora” which is a play on words mixing the words Meteora and knees. Presumably, because the move involves her falling like a meteor with her knees.

Only time will tell if this new name catches on because sometimes Cole can say things once and they’re never spoken again, but it certainly sounded like they might be trying out a new name for one of The Boss’s signature moves.