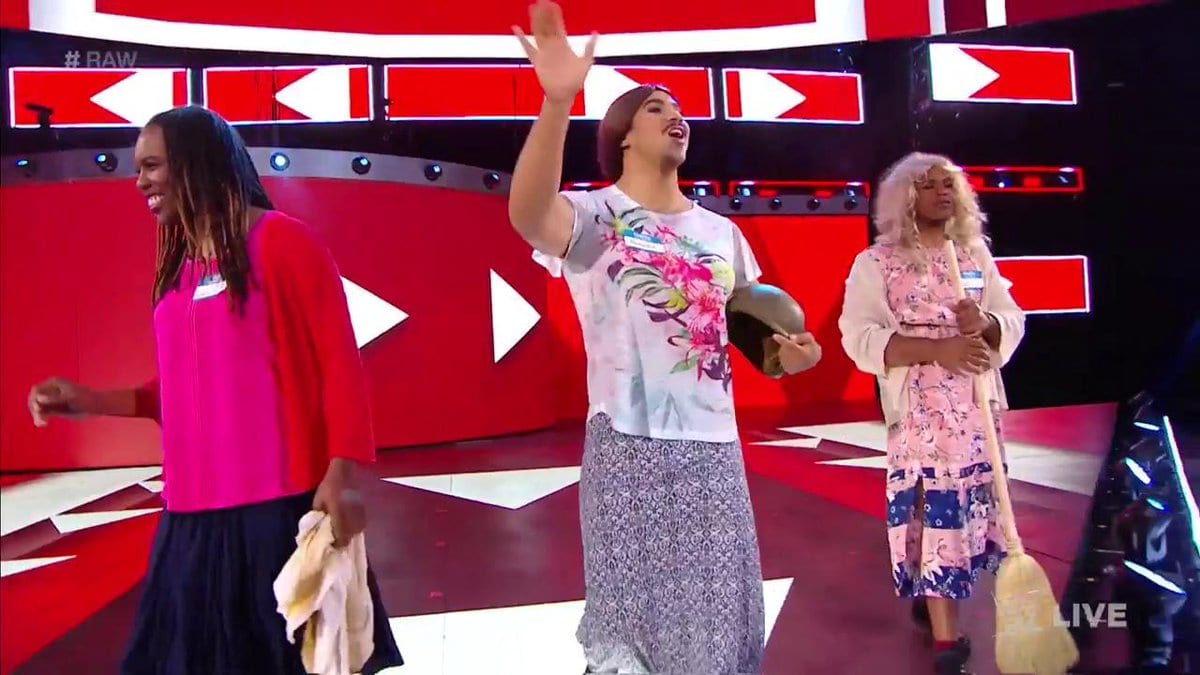 Sami Zayn hyped a segment for Raw this week and it certainly happened. Zayn brought out 3 men in drag claiming to be Bobby Lashley’s sisters.

Fans have panned this segment and there’s always the possibility WWE wanted it that way. Bryan Alvarez commented on Wrestling Observer Live why WWE chose to go with 3 men instead of women to play Lashley’s siblings while insisting it had nothing to do with any statement about transgender individuals.

“It was not supposed to be a transgender thing. They just wanted Bobby Lashley to beat up some indie workers and they will not allow man on woman violence. So they had to dress some men up as women as Bobby Lashley’s sisters. That’s all it was supposed to be.”

So if anyone was upset by WWE squashing three transgender people on Raw this week that was not the intention. But in the end, the only thing saving that segment was Sami Zayn’s skills on the microphone.