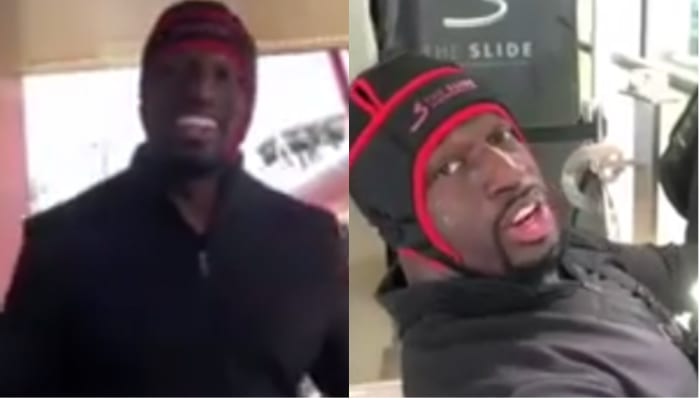 Titus O’Neil is famous for a couple of things but his botch at the Greatest Royal Rumble might be the greatest thing he’s done so far in WWE and he knows it. So when O’Neil heard the world’s longest slide was in his area while on tour in the UK, he had to try it out.

O’Neil took his Instagram followers on a ride down the world’s longest slide along with him. He seemed to have a much better time sliding this time than when he was in Jeddah.

Faced my fear of heights In London, England and ventured the @amorbit Worlds Largest Slide exhibit. Couldn’t Come off the #WWEGRR SLIDE moment in @wwe history unscathed and not follow it up with a little “Purposeful” Slide at the Historic Queen Elizabeth Olympic Park😎Rumble, Tumble or SLIDE…DO IT WORLDWIDE 🌎