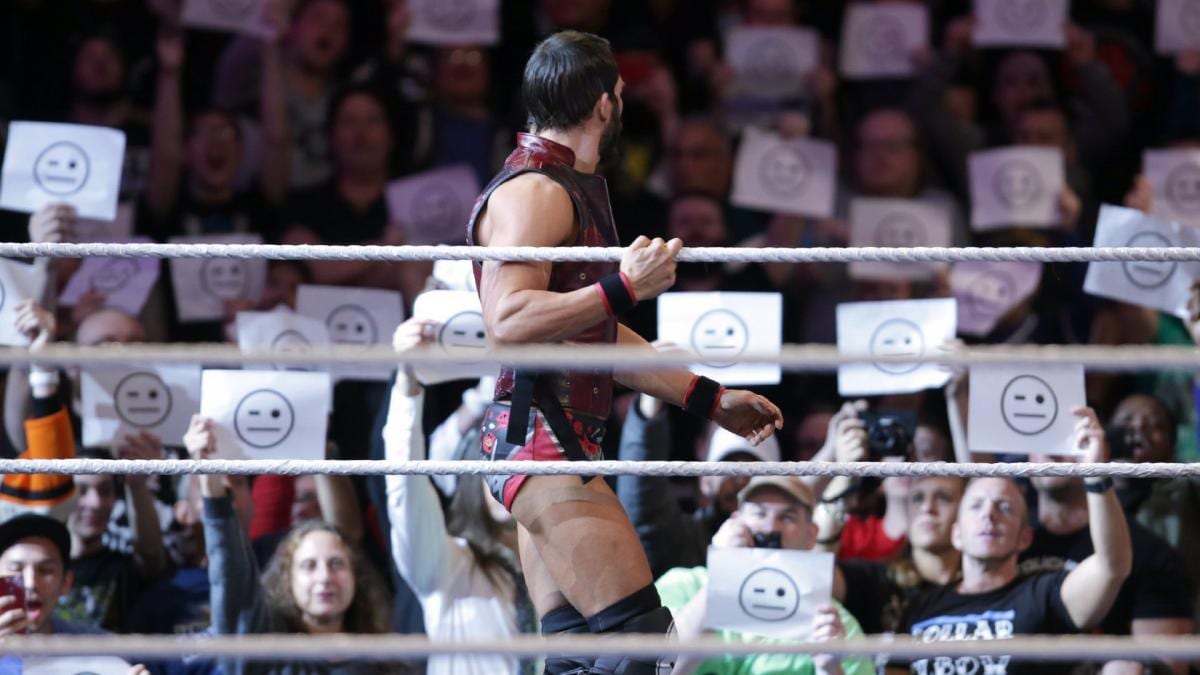 Kayfabe is dead depending on who you ask. If you question some pro wrestling fans they might not even understand the concept of carrying over in-ring storylines into real life. But this idea is apparently not dead in NXT at all especially when it comes to Johnny Gargano and Tommaso Ciampa.

Ciampa has become notorious at this point for being a true heel online. He apparently refused WWE permission to make a t-shirt for him and doesn’t want to deal with fans in public.

Johnny Gargano and his wife Candice LeRae recently took a little vacation to Cleveland because that’s where Johnny is from. While he was in town he was not only presented with some nice personalized donuts but he was also sporting a neck brace the entire time.

It’s nice to see kayfabe isn’t dead when it comes to Johnny Wrestling either. Odd are Gargano will be all better by NXT TakeOver: Chicago.

Had a quick little break from all the chaos and went to Cleveland to cheer the hubby up. @brewnuts absolutely nailed the @thejohnnygargano donuts. 👍🍩🍩🍩