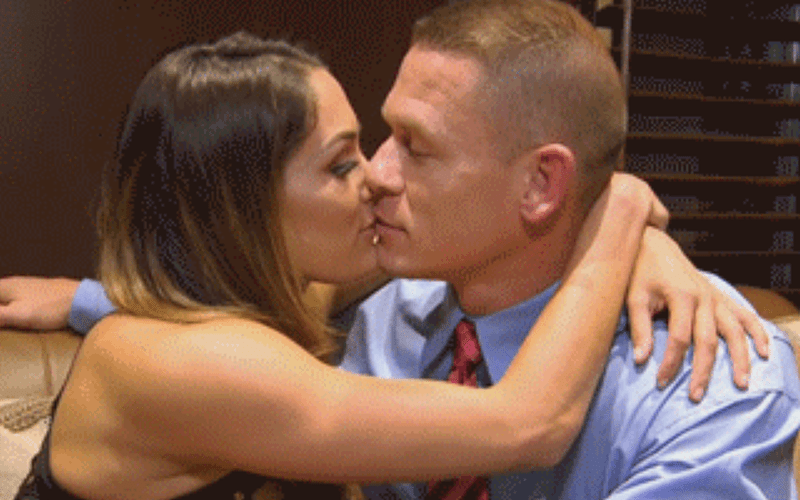 While there are reports that John Cena has already moved on from his relationship with Nikki Bella, US Weekly is now claiming that despite Nikki Bella moving out of Cena’s house, she still spends her nights at Cena’s apartment with him.

Nikki hasn’t moved out of John’s apartment, even though she very much wanted to after the wedding was called off. [Cena] doesn’t want her to have to deal with moving after everything they have been through as a couple.”

The report also claims that friends have informed them that the two could “get back together in a year.” Nikki is said to remain supportive of Cena but her desire is to have a family is “at odds” with Cena’s focus on his career.

As previously reported, the breakup will be covered on upcoming seasons of Total Bellas and Total Divas.

It will be interesting to see how their relationship plays out. The timing of this article is very interesting and it wouldn’t surprise us one bit if WWE actually planted this story after the rumors of Cena moving on from Nikki surfaced online this week.