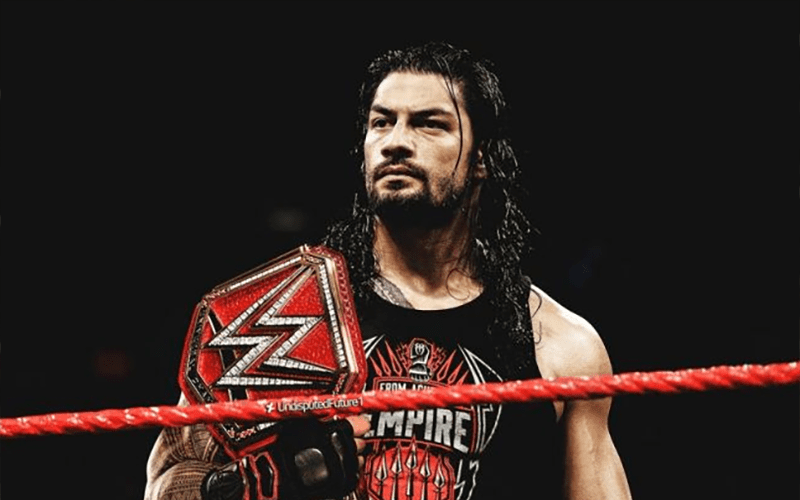 Since Wrestlemania 33, Brock Lesnar’s held the Universal Championship. His reign started off well enough. He beat Goldberg in a really good match. Then he retained against Samoa Joe at Great Balls of Fire. At Summerslam, he defeated Braun Strowman, Roman Reigns, and Samoa Joe in an absolutely brutal Fatal Four Way. But we all knew Lesnar was just keeping the belt warm for a certain Big Dog. Roman Reigns was going to beat him at Wrestlemania. And then he didn’t.

Come Greatest Royal Rumble, and everyone’s expecting Reigns to beat Lesnar again. And then he doesn’t. What’s up with that?

I’ve been advocating it for a while now, but perhaps now more than ever is the right time to bring this up. WWE should seriously just give Roman Reigns the Universal Championship. Right now, Raw’s roster is ridiculously talented. Thing is, they only have one title to fight for. That’s why you get former world champions fighting for the Intercontinental Championship. On a roster with Roman Reigns, Seth Rollins, Kevin Owens, Sami Zayn, Finn Balor, Braun Strowman, and so many others, there’s only one title for them. A roster with 22 singles competitors and only one title for all of them. It’s crazy.

If Roman Reigns gets his hands on the Big Red Belt, then the top stars could have feuds for a top title, and this frees up space for the midcarders to fight for the IC title. I’m not advocating for the death of the IC title, or that the midcard title is reserved for jobbers and scrubs. Nor am I saying that top talents shouldn’t hold the white and gold. Far from it.

I’m just saying that there should be a healthy balance. Raw does not have one right now because the top champion shows up maybe four times a year.