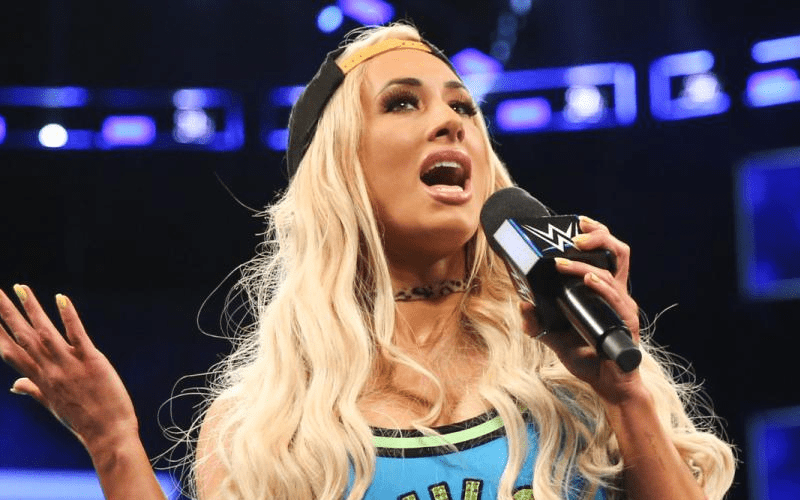 Carmella is currently in Europe gearing up for WWE’s tour but that didn’t stop her from addressing a rumor at home.

She sent out an Instagram message via her stories that neither confirmed or denied the current rumors about herself and John Cena.

“I wonder how many calories y’all burn by jumping to conclusions,” was the meme of choice for Carmella. But this ambiguity could still lead some to believe a relationship with Cena isn’t out of the realm of possibility because this didn’t seem like a flat-out denial.

Of course, Carmella could have been talking about any number of things but that is kind of the point. If she wanted to address anything, being a little bit more specific could help clear things up. But this was the meme she decided on using.

If the SmackDown Women’s Champion wanted to squelch these rumors it might be a good idea to just put up a meme that says, “no, not true” instead. 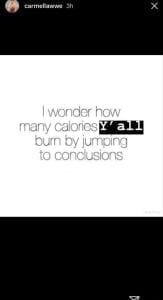