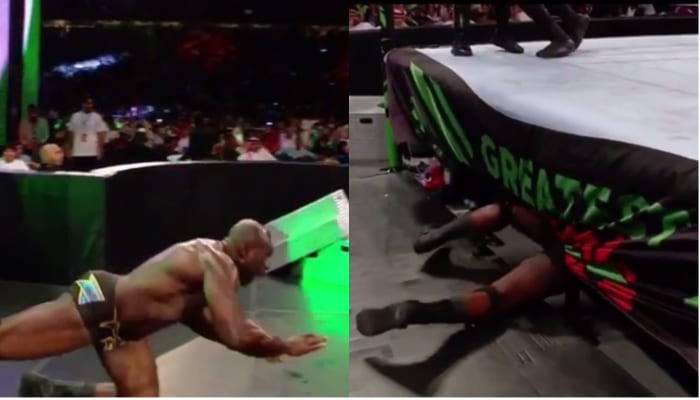 WWE can get things edited pretty quickly and it turns out one recent show gave a great example of this fact.

During a recent episode of Ride Along, Tius Worldwide was featured when Dana Brooke brought up O’Neil’s Tough Enough botch where he fell on his face while carrying a keg around the ring. Then they showed footage 8 years later of O’Neil falling down the ramp at the Greatest Royal Rumble.

This fact not only shows how much WWE wanted this slide in Jeddah on the show but how important it is to Titus Worldwide at this point.