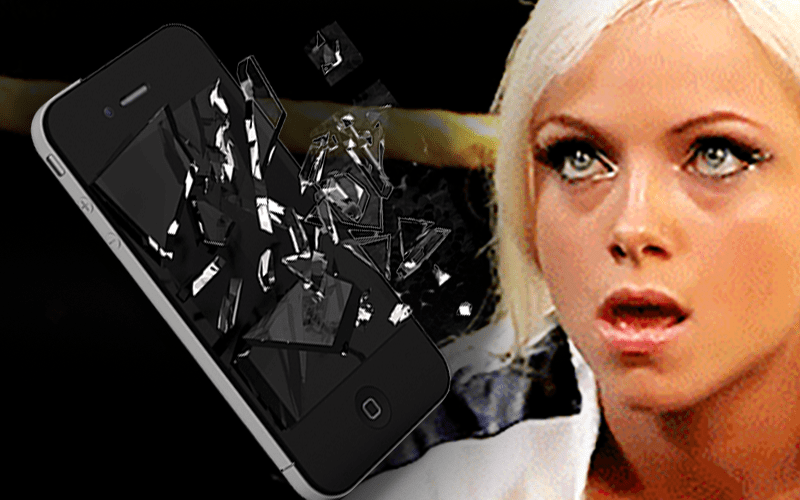 Liv Morgan is one person you don’t want to upset, mainly because she usually has backup around. But that didn’t seem to matter much for Lars Sullivan because the popular heel in NXT recently broke a cardinal rule when he broke Morgan’s phone.

The Riott Squad member recently tweeted out that Lars Sullivan cracked her iPhone screen on purpose. It wasn’t clear exactly how he pulled it off but judging by how strong he is it probably didn’t matter if she had a protective screen protector on her phone or not.