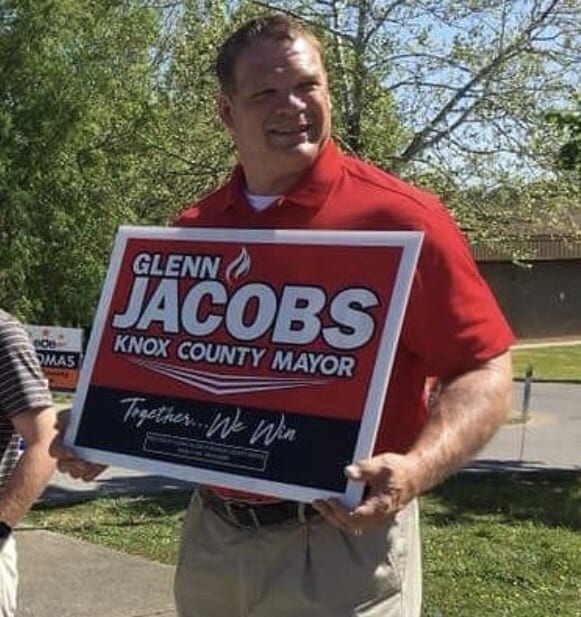 Kane is running for Mayor of Knox County Tennessee and today, May 1st was voting day. Of course, he is running under his real name Glenn Jacobs for the position but the fact he’s a WWE Superstar didn’t hurt his chance.

Jacobs is a pretty big celebrity in Knoxville and only time will tell if the polls agree. He isn’t running unopposed but he could have a real shot at winning the primary election.

Today is the day in Knox County, Tennessee to elect @glennjacobstn for Mayor of Knox County. In @wwe, I never signed a more reliable, honest man of integrity than Glenn Jacobs who will make a fabulous public servant. Vote #JacobsforMayor today in Knox County!

Kane was beating the pavement and holding signs today to help spread the word. We will keep you updated on how the election turned out for the Big Red Machine.

Enjoyed spending some time with the great folks at Northshore Elementary that are here Voting!#TogetherWeWin pic.twitter.com/IITNQ0eTap