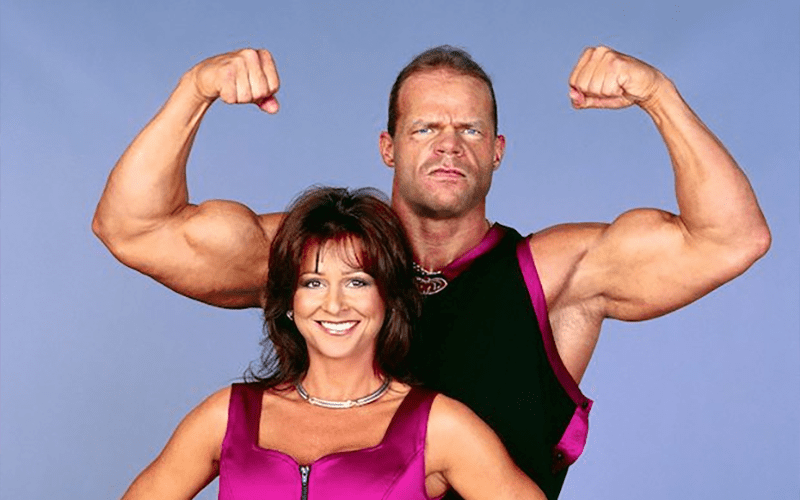 The Total Package will be remembered for a lot of things in the wrestling world: His failed push as a main event star in the early 90s for the WWF, his triumph over Yokozuna at SummerSlam that included a confetti celebration even though it was a victory by COUNTOUT, his much better tenure in WCW where he was a tag-team, television, United States, and even heavyweight champion, and of course, his infamous scream selling.

However, one of the darker facts that will remembered about Luger is his relationship with Miss Elizabeth. After Macho Man and Elizabeth split, she and Luger became a real life couple, and were known to indulge in a number of vices. In 2003, Elizabeth died of an overdose caused by a mixture of drugs and alcohol inside the home that she shared with Lex. While foul play was suspected, the death was ruled accidental, and no one was ever convicted of a murder. Luger was however, arrested and charge for a felony possession of drugs. A tragedy to the highest degree.

Luger recently appeared as a guest on Prime Time with Sean Mooney, where he addresses that very dark time in his life, and even admits he was contemplating suicide.

I was sitting out in my front yard and they told me that she didn’t make it. So I remember, when they went through my place, they found all the drugs and alcohol. That was part of my lifestyle back then. They arrested me on drug possession. I remember sitting in a jail cell that night realizing, wow…this is a really dark time. And I’ve shared this a couple of times, I thought about, the only time in my life I thought about that. People talk about what was the low point, because I remember thinking about they take your shoelaces, they take everything from me when you get checked in the jail. I was there on drug possession, on drugs they found. Because there was a lot of big quantities that was a big party house there and uh, they took me in and I was in the jail cell and put me by myself because they didn’t want to put me in general population, because people knew who I was, inmates get all stirred up. So I’m in the jail cell and I actually thought, wow, there’s no camera in here, maybe…I was trying to think of a way to end it. I thought about climbing up, there’s a dividing wall in this little cell I was in by myself that set the toilet off. I thought about maybe if I could climb up on top of that divider wall and put my hands behind my head and fall head first on the cement floor, I could end it all. I didn’t do that, but I sure thought about it.

See the full interview below.