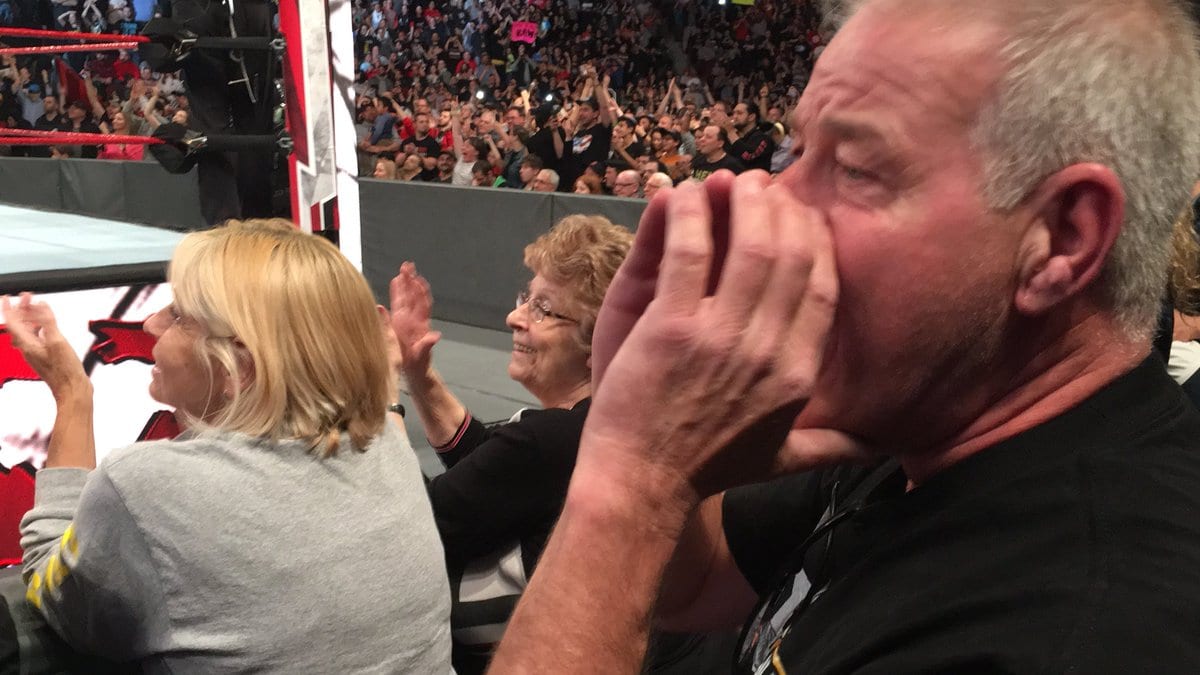 You don’t want to cross Mr. Steen especially when he’s at ringside.

Kevin Owens’ father had seats next to the ring this week on Raw this week and he had an amazing reaction when his son made his first entrance of the night. But later on, when KO was actually in a match his father really got into.

As you can see here, Kevin’s father exchanged some words with Roman Reigns. It looks like he was ready to jump the barricade for his son too which would have been a great highlight. Fortunately for the Big Dog, he didn’t have to fight another Canadian in Montreal..