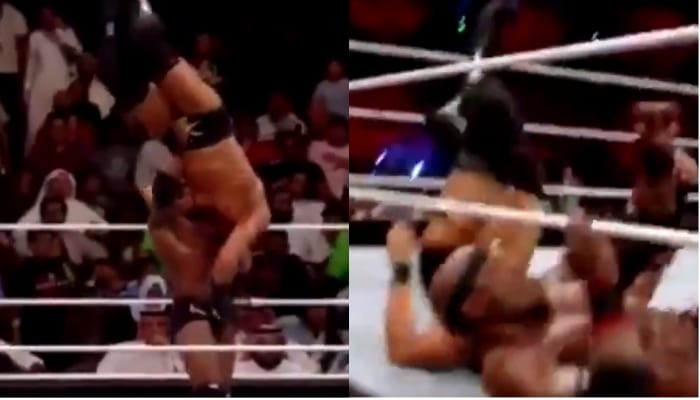 The Greatest Royal Rumble had a lot of action, but maybe it had too much because it also included plenty of botched moves.

Titus O’Neil sliding under the ring and Jeff Hardy missing a Whisper In The Wind completely just to have Jinder Mahal sell it anyway was just the start. Triple H also had a pretty bad botch where he missed John Cena off the top rope leaving John just to take a flat back bump with little reason why.

There was another spot in the 50-man Greatest Royal Rumble match where Bobby Lashley and Big Cass did a spot that didn’t turn out as planned and it could have been dangerous. Lashley picked Cass up for his inverted suplex and as you can see it just wasn’t happening in Jeddah. Although the announce team tried to sell this move as a brainbuster you can clearly see it did not turn out the way they wanted it to.

Who do you blame for this scary botched move?