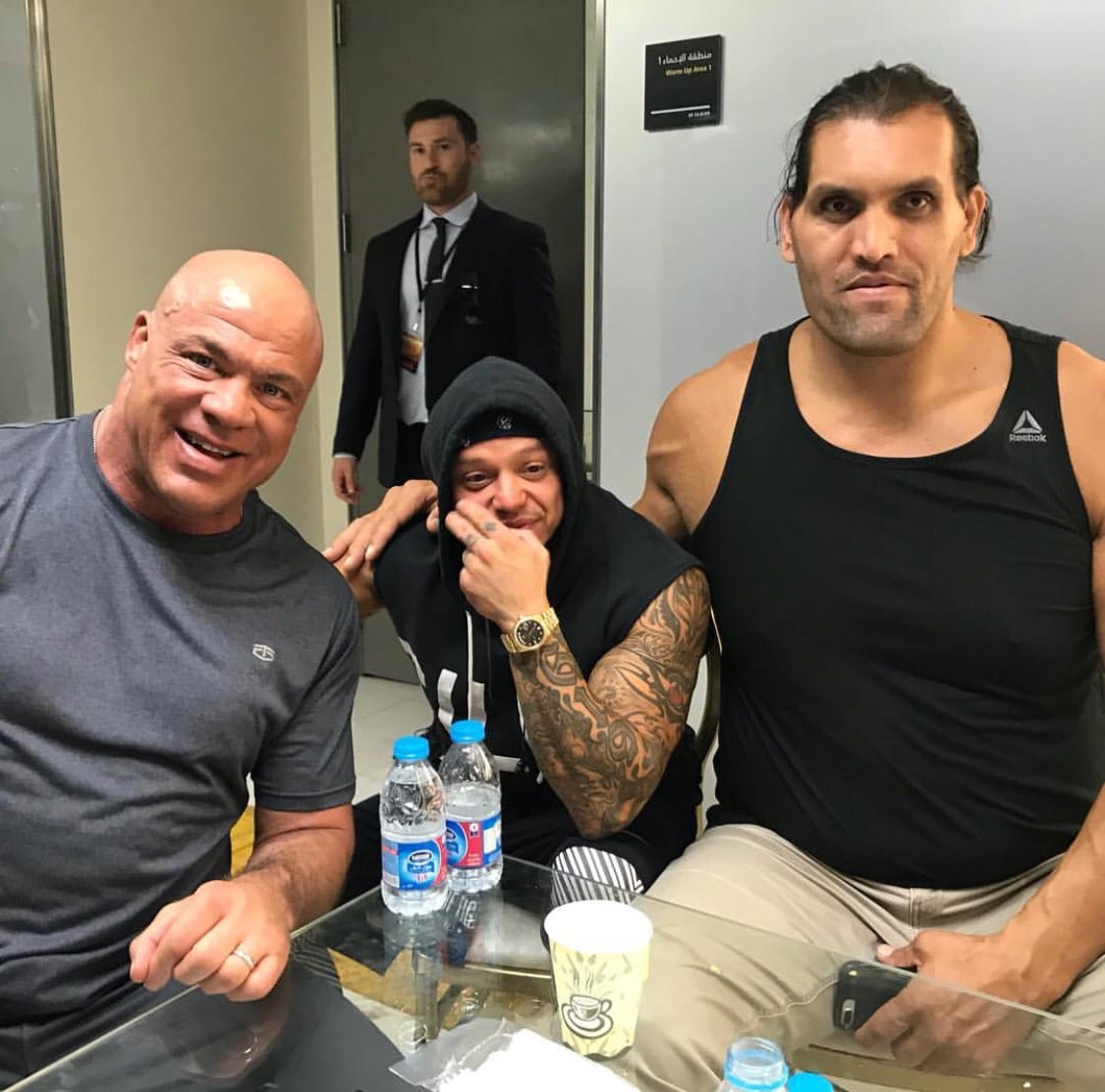 It’s no surprise that Rey Mysterio and The Great Khali are in Jeddah for The Greatest Royal Rumble. They’ve been featured as a part of the event for a while now.

Angle recently posted a picture of himself, The Great Khali, and Rey Mysterio backstage and Mysterio isn’t doing much to hide his face in this one. He’s popped up a few times without his mask on while in Saudi Arabia but this one was pretty revealing.

What’s also notable is the dude in the background photobombing this rare shot with three legends. .

Hanging with Rey Mysterio and Khali at #GreatestRoyalRumble in Saudi Arabia. #itstrue