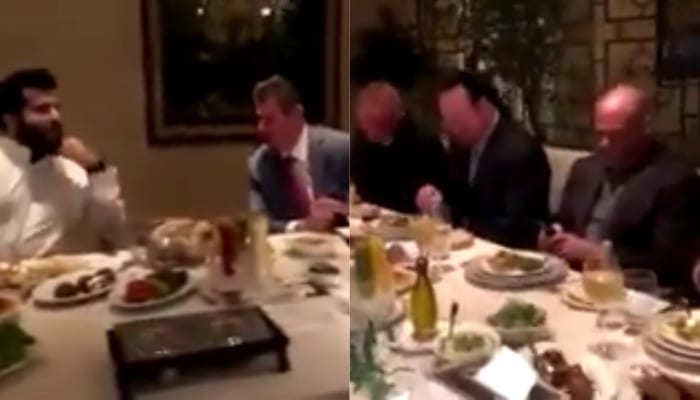 New footage has been released of an exclusive dinner held in Saudi Arabia where only the who’s who of WWE and some elite Saudis were allowed to attend.

As you can see here Vince McMahon, Brock Lesnar, Triple H, The Great Khali, Kurt Angle, The Undertaker, Braun Strowman, and more attended a meal with Saudi Arabian interests ahead of the Greatest Royal Rumble.

It’s obviously a great restaurant that is housing this dinner but the piano music kind of adds a strange element to the clip.