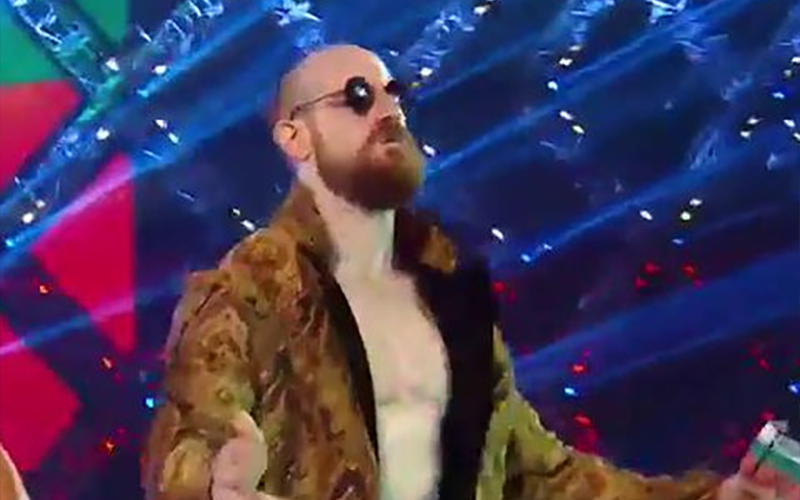 “The Shakespeare of Song” Aiden English has a mesmerizing voice that played a huge part in the success of the massively over Rusev Day. English is a former theatre actor, having performed for more than a dozen stage shows so it’s a given that his vocals are polished and masterful.

Broadway Singer James Monroe Iglehart who is a big wrestling fan, took to Twitter to challenge Aiden English to a sing-off in the squared circle:

Well then I’m on my way from the Great White Way to the Squared Circle! I challenge @WWEDramaKing to a Sing off!

English accepted this challenge and claimed that he won’t throw away his shot:

Trust me – I won’t throw away MY shot. https://t.co/dSNZAORr9O

Would you like to see a sing-off between a legit Broadway singer and WWE’s own Aiden English? Let us know in the comments below…