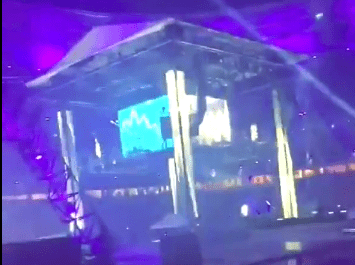 Given the hype for the event, it is obvious that the WWE will leave no stone unturned when it comes to the grandiosity of the set-up. A video has surfaced giving us a glimpse of the set-up at King Abdullah Sports Center in Jeddah.

What did you think about this grand set-up for the Greatest Royal Rumble? Sound-off in the comments below…