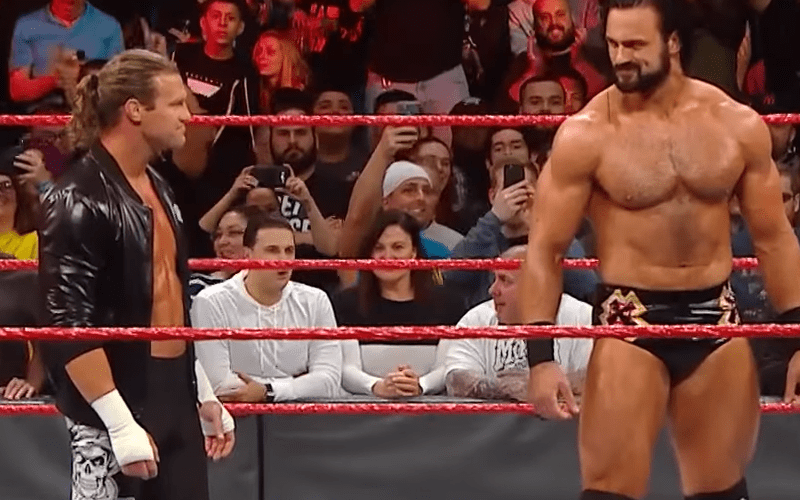 As seen on RAW last week, WWE paired Drew McIntyre with Dolph Ziggler as a team and they will be working as under the name “The Show” moving forward.

During today’s installment of PWInsider Elite Audio, Mike Johnson speculated two possible scenarios for the pairing of these two WWE Superstars. One scenario could be the exit storyline for Ziggler, as he has not re-signed with the company and his contract expires later this summer. The other scenario would be for the company to credit Drew McIntyre as the individual who “resurrected” the career of Dolph Ziggler.

“Ziggler, despite reports to the contrary, has not signed a new deal yet and his current deal is up this summer. So this is either the beginning of his exit storyline or the beginning of the next generation of whatever Dolph Ziggler’s career is going to be. Either way, Drew McIntyre can be put in the position of “I’m the one that killed off Ziggler eventually ran him out” or “I’m the one that resurrected his career and we’re going to kick ass.”

It will be interesting to see how this plays out over television over the next couple of months before Ziggler’s deal runs out.