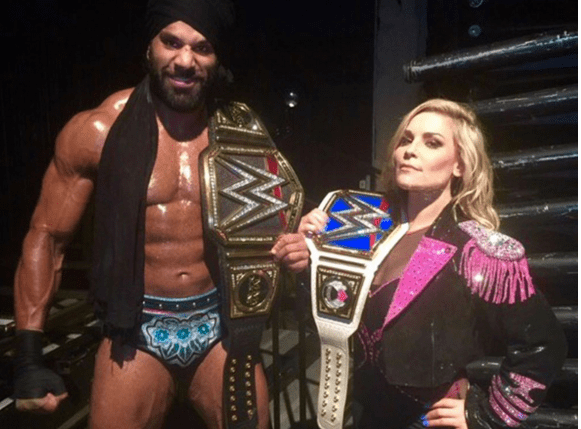 The Maharaja has easily been one of the most talked about superstars over the last year within the wrestling universe. His surprising defeat of Randy Orton at Backlash 2017 kicked-off an impressive 170 day reign as the WWE Champion, and this weekend at the Greatest Royal Rumble he looks to regain the United States Title that he dropped to Jeff Hardy after capturing it in New Orleans for his first WrestleMania moment. Jinder’s very good friend, and fellow WWE colleague/superstar Natalya Neidhart, recently interviewed the former champion for the Calgary Sun (full interview here). In it, they discuss Jinder’s his incredible physical transformation, and who his dream rivalry would be with among the current WWE roster. Jinder didn’t take long to answer.

What do you think RingSide? Does a feud between the Modern Day Maharaja and the Architect sound appetizing?