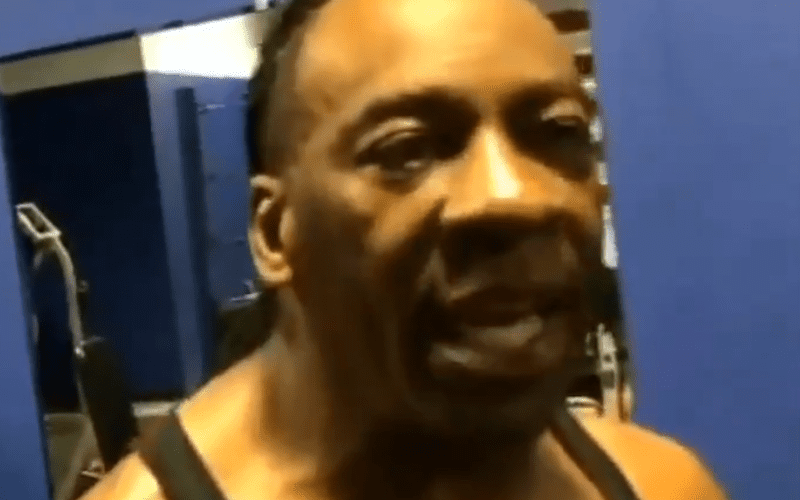 Footage has surfaced online of Booker T at the gym, where he challenges Goldberg to a match at either Wrestlemania or the Greatest Royal Rumble in Saudi Arabia.

In the clip, Booker talks about an issue he had with Goldberg a few weeks ago during WrestleMania weekend when he was riding his hoverboard. Goldberg apparently said Booker wasn’t in shape because he was riding the one of those things around. These remarks didn’t sit well with Booker and he challenged him to a pull-up contest.

Booker would then go on to say that WWE can book a re-match for him WCW days at the upcoming Greatest Royal Rumble event in Saudi Arabia. Booker also suggested that they could have a pose down at WrestleMania.

Goldberg responded to Booker’s challenge with the following tweet: