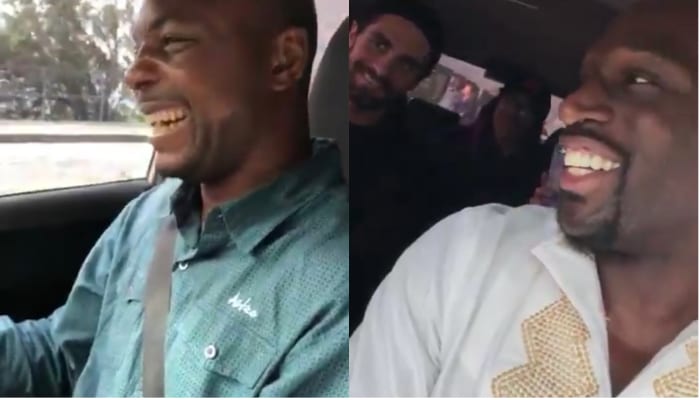 WWE is currently in South Africa for a tour but when Superstars need a ride they still call an Uber. But little did Seth Rollins, Titus O’Neal, Bayley, and Sasha Banks ever expect how excited their Uber Driver would be to have them in his car.

This South African Uber driver really freaked out when he realized who was in his car and said he watched them every weekend. He asked where Roman Reigns was, but he was taking a nap at the time. He also had a problem with Sami Zayn because apparently, that was also this Uber driver’s name.

This is a very cool video and this Uber driver gave O’Neal, Banks, Rollins, and Bayley a ride they’ll never forget and judging by his reaction their driver will never forget it either.