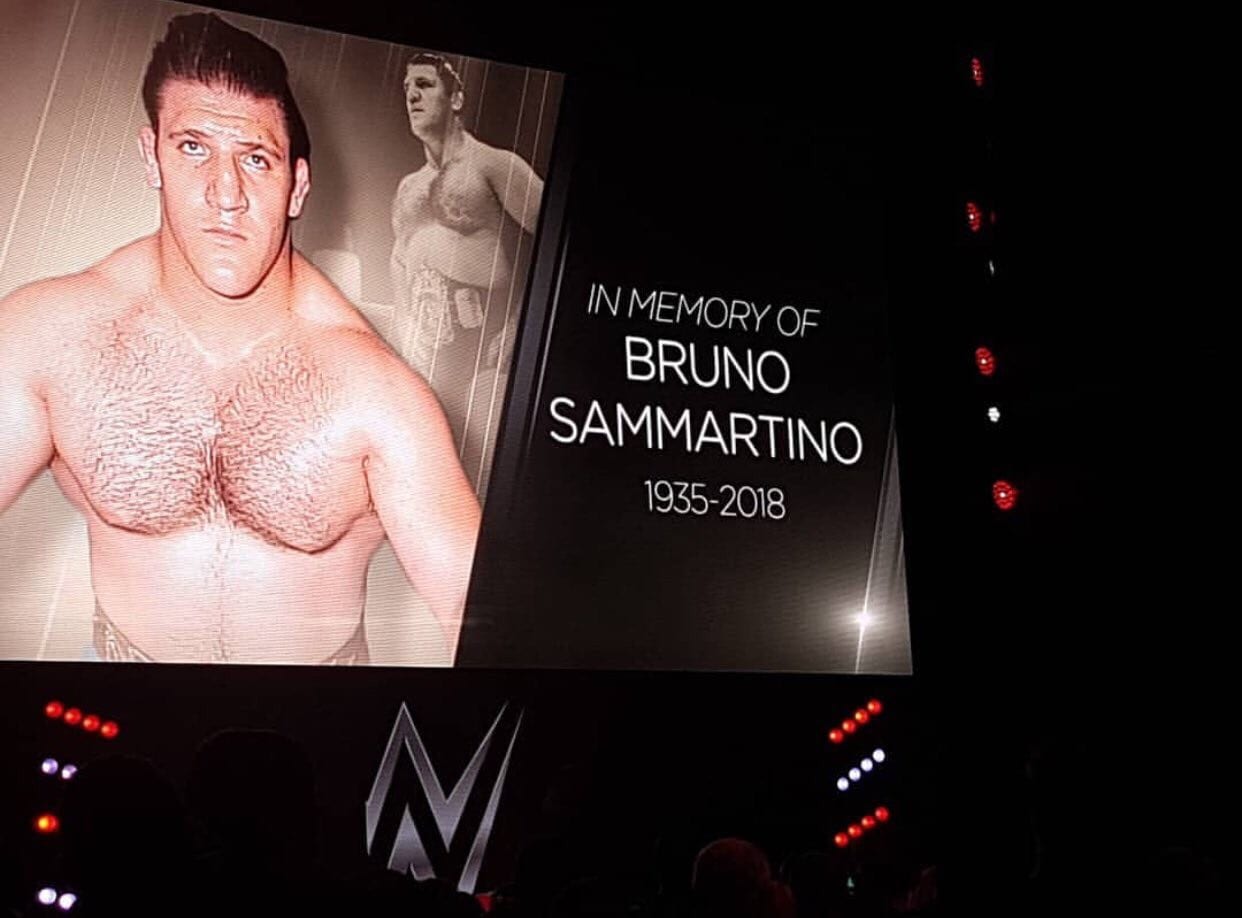 Bruno Sammartino’s amazing life and legendary career won’t be soon forgotten and as the WWE Universe begins to accept his passing now is the time to honor his memory the most.

WWE is holding house shows in South Africa right now which is why a couple people drafted to SmackDown from Raw had to film backstage segments or they simply showed a graphic signifying they were switched up.

Before the show kicked off in Cape Town WWE had a nice graphic ready to honor Bruno’s life and recognize his passing. He also received the traditional 10-bell salute.

This is probably just the beginning of remembering Bruno because a legend like him deserves way more attention than this so Raw will also more than likely open up with a memorial video package as well. But it’s awesome to see WWE was able to create this screen so they could display it in Cape Town.

#WWECapeTown opens with a 10-bell salute to the late Bruno Sammartino. pic.twitter.com/3iG4eOE1U1