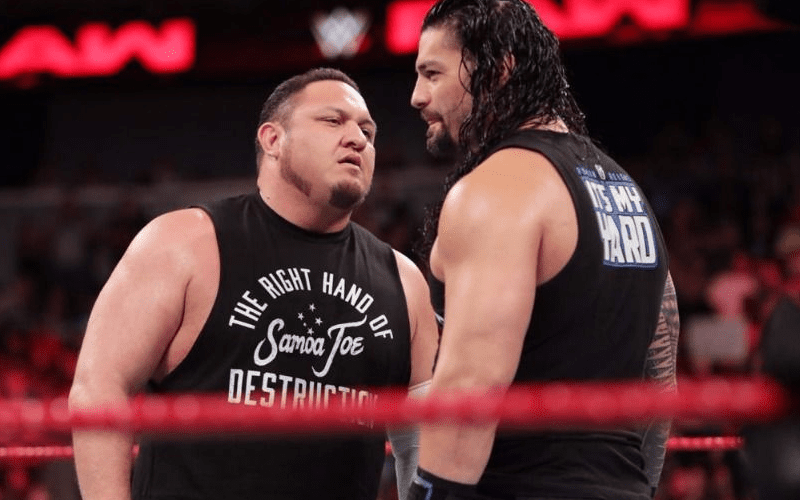 When Samoa Joe debuted on SmackDown Live this week he said that he would still be winning the Intercontinental Title at the Greatest Royal Rumble and he would also be defeating Roman Reigns for the Universal Championship at Backlash if Roman is somehow able to defeat Brock Lesnar in Saudi Arabia.

But right now Samoa Joe is on his way to South Africa where he sent out a message to fans there letting them know he was on the way. It looks like Roman Reigns plans on making Samoa Joe pay for those words sooner than expected.

Even though Samoa Joe is on the Blue Brand now it looks like he still has some big matches left with Raw’s top Superstars.

Lekker morning in Boston. Fear not 🇿🇦! We are on the way. pic.twitter.com/fTYlqkQqxS

Long way to go to get your ass whooped… #WWECapeTown https://t.co/HAjpyCAXfV