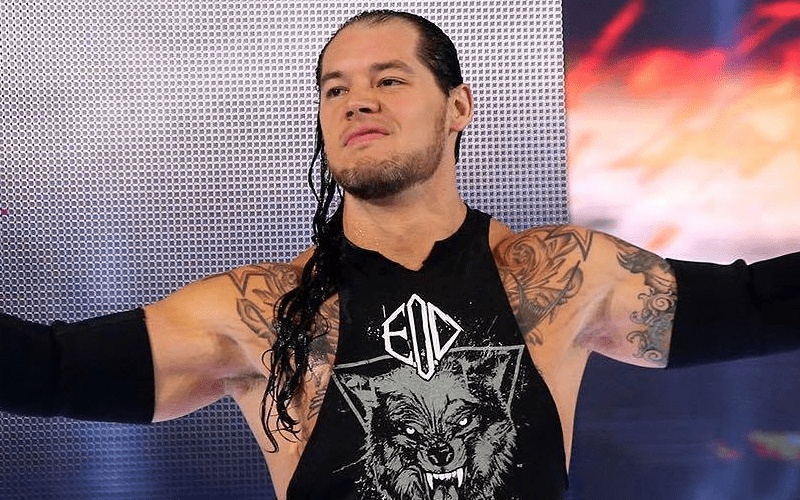 Baron Corbin made his jump over to Raw during the WWE Superstar Shake-Up in the form of a promo package.

It looks like WWE has some big plans for the Lone Wolf and now that he’s on Raw those main event plans will most likely see themselves coming to fruition on the Red Brand.

“Baron Corbin is there for a big push, at least that’s the theory,” Dave Meltzer noted on Wrestling Observer Radio. He also spoke about how Drew McIntyre might have landed himself straight on the mid-card in a partnership with Dolph Ziggler because it didn’t feel like they were going to do anything with him and then he went into why this is an interesting decision. But in the end, Vince McMahon is going to do what he wants to do.

“What’s the deal? It’s one thing I cannot figure out. [Drew McIntyre’s] younger than Corbin. Vince loves Baron Corbin — he did love McIntyre originally and then he soured on him years and years ago. But it’s like when you put McIntyre and Corbin together it’s like one’s just boring but it seems like Corbin is the one they’re high on as a big main event singles guy. Corbin being moved over is to be a top guy and I didn’t sense putting McIntyre with Ziggler is gonna be a top guy spot.”

It might not make sense to those fans of Drew McIntyre but it could always be a good thing for Baron Corbin. In fact, if you don’t hate Corbin at this point then he’s probably not doing his job correctly since he’s supposed to be a despised heel.