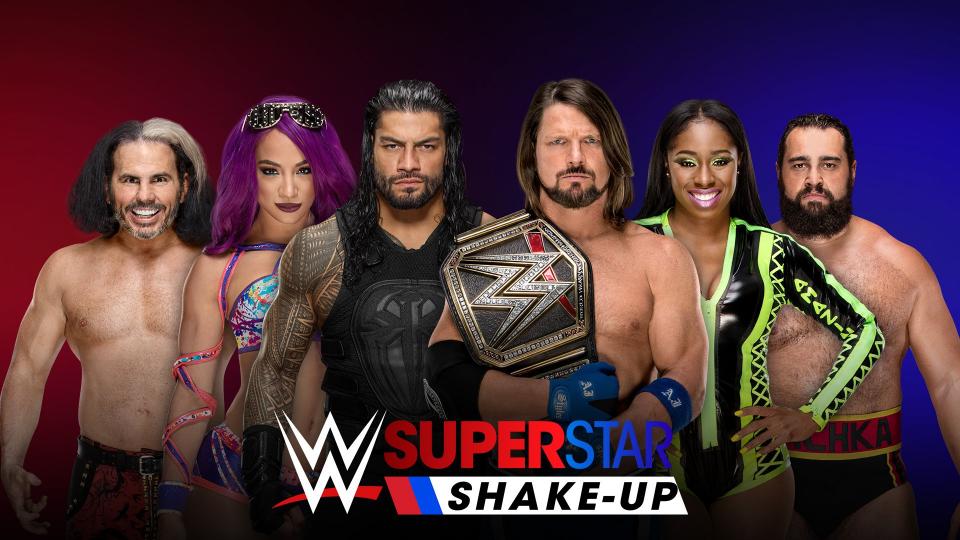 The 2nd night of the WWE Superstar Shake-Up ended up bringing some fresh talent up from NXT, but it wasn’t nearly the number of people added to Raw. Then again, Raw has an extra hour to fill.

Sanity was shown so they will be debuting as well but only Eric Young, Alexander Wolfe, and Killian Dane were shown meaning it looks like Nikki Cross will be remaining in NXT for the time being.

Andrade Cien Almas is coming up with Zelina Vega which is great news for fans of those two in NXT because they did some very good stuff although Dave Meltzer did note on Wrestling Observer Live how the two could have had more matches against Johnny Gargano and Candice LeRae in NXT.

There were also a couple tag teams added to SmackDown Live and of course, Asuka who came running to the rescue when Charlotte Flair was getting a beatdown from the Iiconics.

Here is the complete list from night 2 of the Superstar Shake-Up which is likely what they’ll stick with for the time being.

Of course, WWE can always change things with one tweet after everything is said and done, but for now, it looks like the 2018 edition of the WWE Superstar Shake-Up is over.