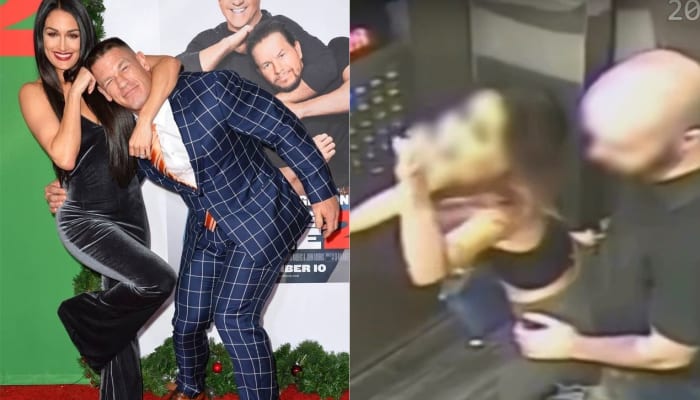 Sometimes when a story isn’t salacious enough there are people out there who dream about creating more drama. This is one of those times.

John Cena and Nikki Bella recently announced they were breaking up and ending their six-year-long relationship. But at this point, we don’t know any specifics about what brought them to this decision.

But what we can tell you for certain is the video supposedly showing Nikki Bella getting close to a dude in an elevator isn’t real. Not only do her proportions not match up to Nikki, but if it was a legit video, why would someone feel the need to blur her face to remove all doubt?

The description for the video says: “This video was given to me by a friend that works at the hotel and has blurred out the faces so no lawsuits can be made.” This is an interesting excuse but it’s shakey, to say the least.

People will say what they want but at a time like this, it is probably best not to assume anything too dramatic until the facts actually come out on the matter. Since Nikki Bella lives so much of her life on reality television the real reasons for her break-up with Cena are likely to come out eventually.