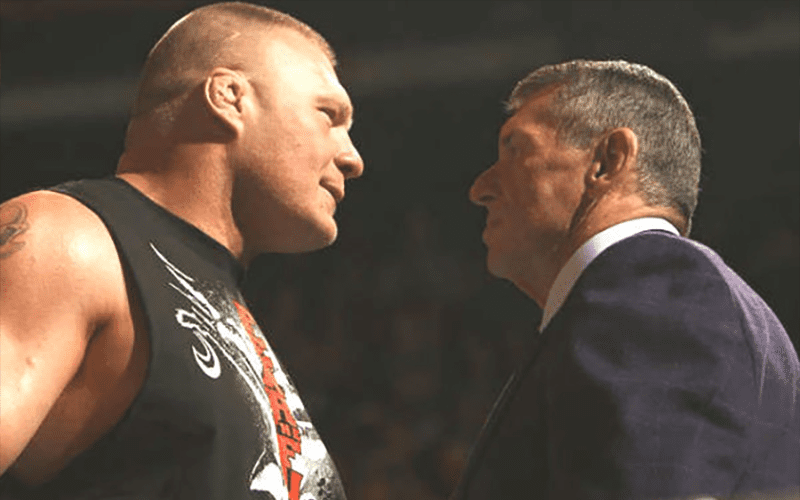 One of the major wrestling stories this week has been that of the altercation between Brock Lesnar and Vince McMahon after the main event of WrestleMania 34. It was reported by different sources that the situation started with an argument but quickly escalated and even Shane McMahon got involved.

Furthermore, the source claimed that the situation was very hard to decipher because McMahon was already keeping a number of secrets from his employees and Superstars regarding Lesnar.

It was said that McMahon was unhappy with the unplanned table spot from the main event and talked to Lesnar about it. Moreover, this entire deal could also be kayfabe because all the employees and Superstars were told that Lesnar was indeed dropping the title and heading to the UFC.

It is also being reported that McMahon was apparently in a “great mood” backstage at RAW after WrestleMania 34.

What do you think about this situation? Sound off in the comments below…