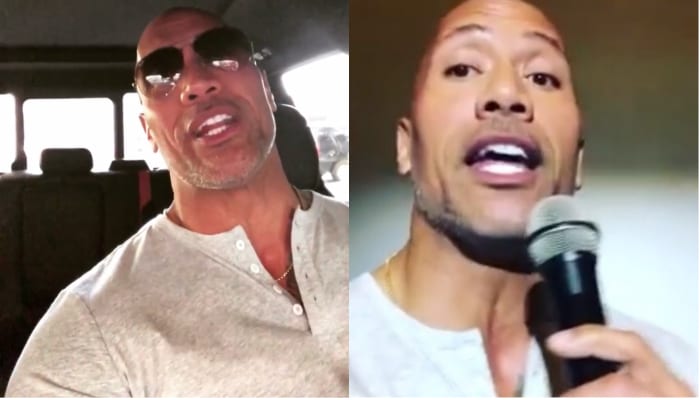 The Rock is a very busy guy and has a booked schedule that would rival some of the most popular people on the planet. His new film Rampage recently opened and plenty of people flocked to theaters to see how this video game inspired movie would pan out. But some fans in LA got way more than they expected when they saw The Rock’s newest blockbuster.

Without letting anyone know what he was up to, The Rock decided to drop in on a couple screenings of Rampage this weekend to get some people’s fresh opinions and leave them thrilled in the process.

This was a pretty cool thing for him to do and definitely gave these fans a movie experience they won’t soon forget.

RAMPAGE SURPRISE! Stand up LOS ANGELES..Just pulled my big ass country pick up truck in this loading dock getting ready to surprise the audience in this theater…

As promised I surprised two sold out theaters in LA to show the fans my deep gratitude and love for making RAMPAGE the #1 MOVIE IN THE WORLD (including the US). We had a blast!! Love y’all worldwide and enjoy the fun ride that’s RAMPAGE! 🤟🏾🦍🐊🐺

Surprised a 2nd theater 🎭 This connection with fans ‘round the 🌎, especially when I can see them in person is hands down, the best part of my job. THANK YOU worldwide for the RAMPAGE luv. #HometownLuv #CityOfAngels #1MovieInTheWorld #INeedACheatMealNow