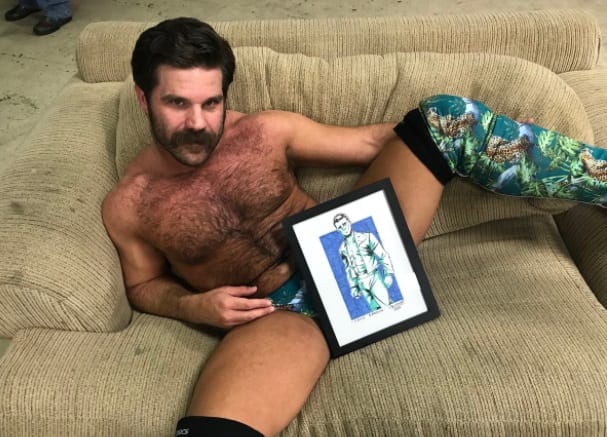 It’s good to have friends especially people like Joey Ryan and Cody Rhodes. The King Of Dong Style was recently at an event and saw an item he just couldn’t pass up. It might have been $60 but it was money well spent for Joey Ryan to get ahold of some Cody Rhodes artwork.

Ryan made good use of his new merchandise and posed for a picture with the Cody Rhodes drawing covering his weapon of choice.

It didn’t take long for Cody Rhodes to notice this was on social media so he let everyone know that he was already aware the picture existed by including a screenshot of his text conversation with Joey Ryan which included a live photo.

Rhodes simply said, “friends” in his reply featuring his conversation with Ryan and with friends like that, it’s hard to imagine ever being too bored.