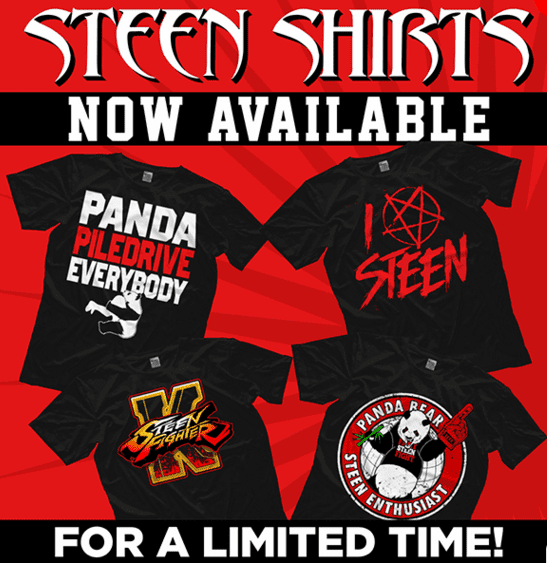 After K.O. and Sami Zayn failed to win their jobs back at WrestleMania, they decided to take their talents to Monday Night Raw in a desperate attempt for employment. Dressed in suits and better behaved than normal, the Canadian duo pleaded with General Manager Kurt Angle to be given an opportunity to earn a job on the flagship show. Fortunately, Kurt informed them that he had one position open on his roster, and that either Kevin or Sami could claim it with a victory over the other. Unfortunately, neither man could beat a 10 count, and no other opportunity seems available at this time. Kevin Owens even reverted back to his old indy name Kevin Steen on Twitter.

Now ProWrestlingTees has announced that the Kevin Steen store has reopened, and his t-shirts are currently available for purchase. Don’t worry, the site clearly states that Steen’s apparel will only be sold for a “LIMITED TIME ONLY” for some reason. I wonder if it has anything to do with the Superstar Shakeup taking place next week.

In case you were wondering, El Generico’s store remains closed. He’s probably too busy rebuilding that orphanage in Mexico.