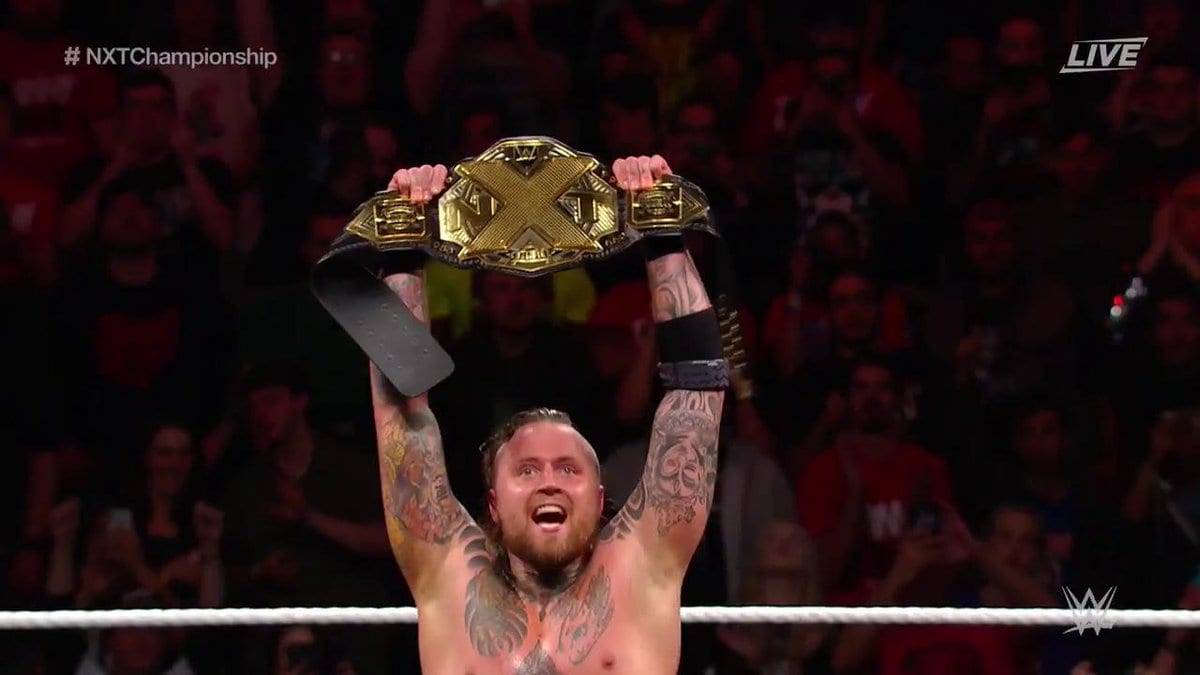 Andrade Cien Almas’ reign as NXT Champion has come to an end and it was a pretty crazy match. Zelina Vega did everything she could to help her client win but in the end, it foiled Almas’ plans and helped Aleister hit a Black Mass to become the new top guy in NXT.

But as it turns out, if Drew McIntyre didn’t have to go out of action due to injury things might have been much different at NXT TakeOver: New Orleans as Dave Meltzer explained the situation on Wrestling Observer Radio.

“I don’t think it was time for Andrade to lose nor do I think it was time for Aleister Black to win. It just didn’t feel like the right time. I think they think Aleister Black is going to be a big-time Superstar and he’s got the push and everything but it just felt like Andrade was too hot right now and I know this was probably — when they put this thing together… probably the match they were putting together was McIntyre’s rematch.”

Drew McIntyre couldn’t work the show because he hasn’t returned from injury just yet. Although he looks very ready by the way he’s been training in the gym, only time will tell where Drew McIntyre ends up when he’s really ready to return. One thing is for sure, if he comes back to NXT he’ll have to battle a different man to regain his NXT Title.