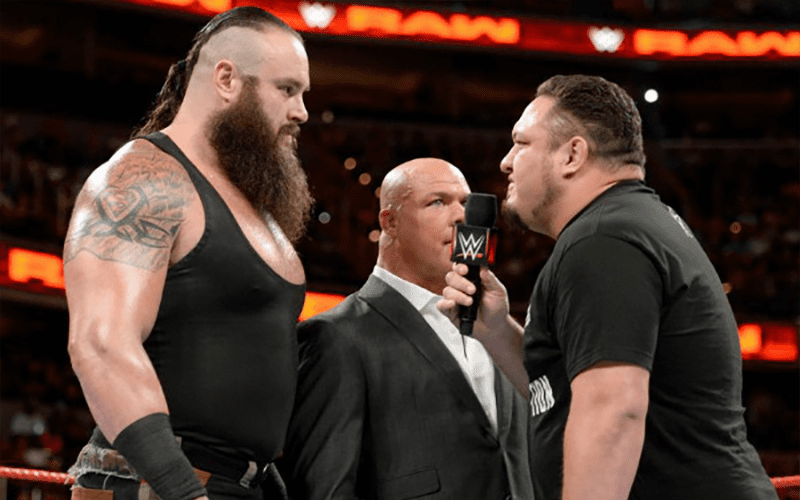 While speaking with Alarabiya, Samoa Joe was asked about possibly teaming with Braun Strowman as his mystery partner at this year’s WrestleMania. Joe seemingly shot down the idea by saying that he could see himself turning on Braun two minutes into the match.

“Braun out here talking about how he doesn’t get along well with other people, but I’m terrible at it. That sounds like something that’s very enticing to the fans, but I’m sure two minutes in I’d be punching him in the head.”

As previously reported, Braun Strowman’s partner for this year’s WrestleMania event isn’t expected to be revealed until the day of the match. Names rumored as his partner include The Big Show, Mark Henry, Jeff Jarrett and Elias.