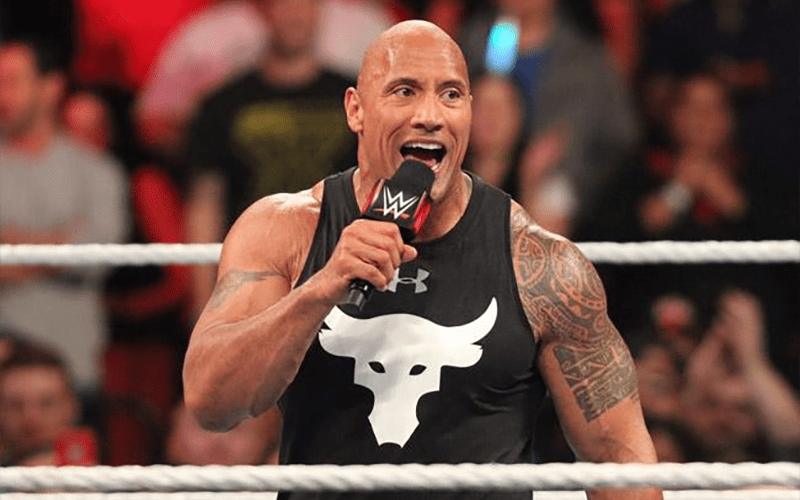 While discussing the huge shift in betting odds for The Rock to appear at this year’s WrestleMania event, Brad Shepard reported on the latest installment of Backstage in WWE with Brad Shepard & Jon Fisher that currently there is no information on The Rock appearing.

Shepard explained that if there were plans for The Rock to appear at this year’s WrestleMania event, company is being super secretive about it.

“If The Rock is going to come back and do an appearance then the only thing I could see happening is it would be like an entertainment segment, where it’s not overly physical or it would be like a quick match where he did with Erick Rowan at WrestleMania a few years ago.

There is no information on The Rock showing up, I can tell you that. Certainly if it’s something they’re doing it’s super secret but I haven’t heard any information.”

You can listen to Brad discuss The Rock’s status for WrestleMania embedded in the audio below.