He recently released his book, “Slobberknocker: My Life in Wrestling” and it has seen great success thus far. He points out that reading for the audio version of the book was one of the most difficult things he’s ever done because Jan was a huge part of his story, and reading all of those stories was very tough for him. He does admit that in another sense, it was almost a cathartic experience for him. 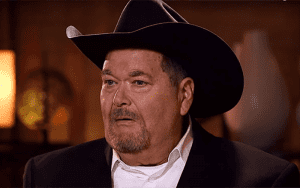 Ross has made the decision at this point in his life to only work with people he wants to work with, and that’s why his highly popular podcast, “The Ross Report” is moving from PodcastOne to a new home soon. He informs that he’ll have information on the show’s new home in the coming days.