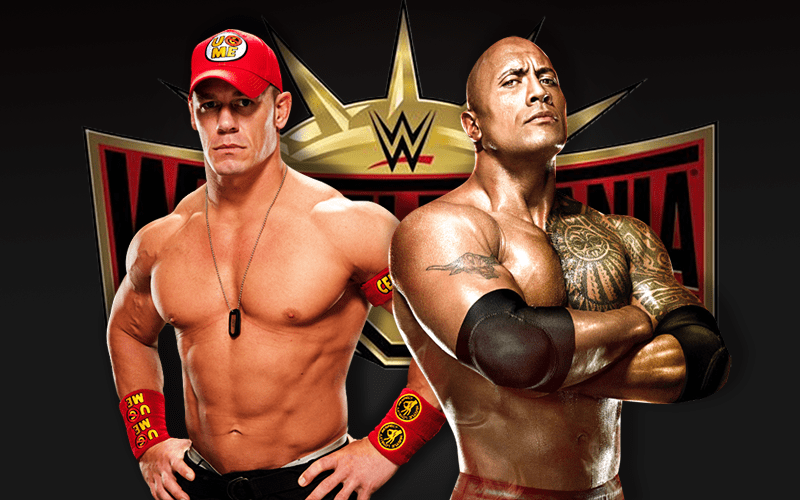 While speaking to Mike Johnson of PWInsider (Elite Audio), John Cena was asked about the return to the Metlife Stadium for WrestleMania 35 and what he thought about finishing up the trilogy with The Rock at next year’s show. While not directly saying if the match would take place or not, Cena seemingly suggested that it was not up to him as he does whatever the company asks of him to do.

“As WrestleMania goes and certainly my road to WrestleMania this year is no different, it’s that if predicting or trying to lobby for a certain position I think that I made an example of doing what is asked of me at the best of my abilities and I think that covers what the future will hold.”

Cena discussed his previous encounters with The Rock and suggested that it would be pretty hard to top the last showdown between the two at Metlife.

“If you look at Rock vs. Cena at Metlife, it’s very different than Rock vs. Cena in Miami. I think Rock vs. Cena at Metlife is the beginning of a long-term showing of mutual respect for each other. I was very close-minded and very WWE centric on what The Rock was doing. Now he is absolutely the biggest name in entertainment and to be able to say that The Rock is a WWE Superstar and he’s the biggest name in entertainment that does more for the WWE than anything I could possibly comprehend. So basically I was just too stupid to understand that and I think that the existence of the match in Metlife was a great coming of age for me and a great life experience as well. So, I’ll always remember that. Personally it would have to be pretty big to top that that first time around at Metlife but if WWE finds a way to do it all the time, every time.”

Do you want to see The Rock vs. John Cena III? Sound off in the comment section below…

News Tip
wpDiscuz
56
0
Would love your thoughts, please comment.x
()
x
| Reply
You are going to send email to
Move Comment