He thought the Women’s Chamber match was very good, and he thought all the women had a good showing in this match. He specifically mentions that Mickie James looked really good in the match. He also adds that Alexa Bliss’ promo at the end of the match seemed to surprise a few people, with her teasing a babyface turn before reverting back to a heel. He notes that it’s great to be surprised as a wrestling fan, and we rarely get that feeling anymore. 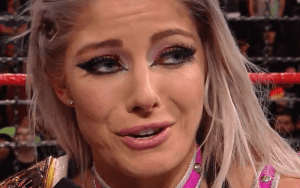 He also really liked the Asuka/Nia Jax match. He points out that it has taken some time for fans to get behind Asuka, but he thinks they’re starting to really dig her vibe now. He adds that it can be tough for performers making the transition from NXT to the main roster, but after having some time to prove herself to the WWE Universe, Asuka appears to be well on her way.

X-Pac thought the Matt Hardy/Bray Wyatt match was pretty entertaining for what it was. The live audience weren’t as invested in this match as one might have thought, but he thought both those men handled that situation about as well as they could.