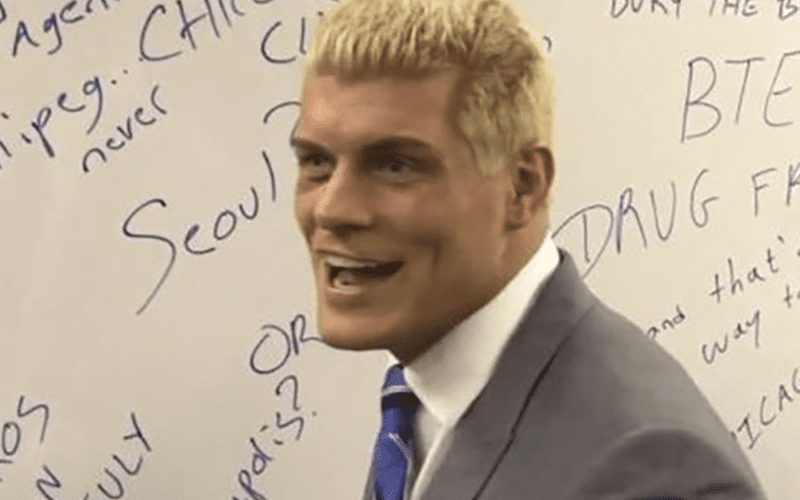 While participating in a Twitter Q&A, Cody Rhodes was asked if Vince McMahon holds back any talents within WWE and Cody indicated that wasn’t the case.

“He doesn’t hold anybody back. A lot of times it’s hard for fans to accept that some of their favorites have a ways to go or that they become lazy after they get that first LE check. Stardust for example didn’t go beyond tag gold cuz’ I wasn’t improving & I also got outta’ shape.”

Cody’s respond didn’t sit well with an individual on Twitter who tried to claim Cody gave a political response to the question. Cody responded to the criticism from the fan, which got the response of Randy Orton. You can check out the exchange below:

I think it's a great example of @CodyRhodes taking accountability for himself and his career trajectory which I commend him for. That said, it's a political answer and not exactly grounded in reality. To say Vince doesn't hold people back is just flat out false. https://t.co/YuwbGSjpkp

Don't comment directly on my tweet as if I don't see it. How's my answer to a fan in a random Q/A remotely political? I have zero to gain. I worked there, you didn't…you bought a ticket, not an education. Sit the fuck down. https://t.co/AVpor9CznG

DAMN (Ron’s Simmons voice)
Can’t wait to have you back one day codeman. Legacy reboot? Ha I kid I kid https://t.co/Ya07a3fO3g