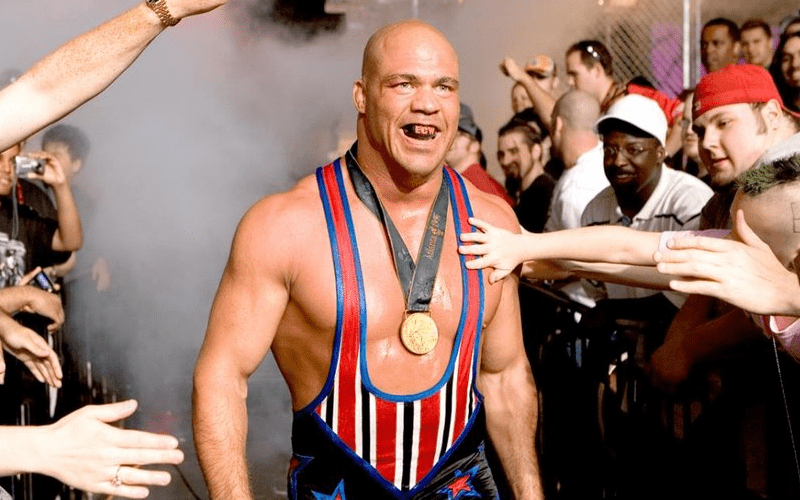 Kurt Angle indicated on Instagram that we could possibly see the return of his “Wrestling Machine” persona.

Angle wrote, “Kurt Angle “Wrestling Machine Mode” was my favorite character in WWE. He wasn’t very funny but he could take out anybody in an instant. Will the “wrestling machine” make a return? Stay tuned…. #itstrue”

Originally there were plans for Angle to face Triple H as WrestleMania but those plans were nixed and there don’t appear to be any plans right now for Angle to return to action. WWE officials could always change their minds if they do decide to have him do another match.