Ring of Honor taped the following at Saturday’s event in Nashville, Tennessee for upcoming television episodes:

In a Future of Honor match, the Dawgs beat a team I did not catch the names of.

In a ROH Tag Team Championship match, the Best Friends’ attempt to defeat The Motor City Machineguns went to a no contest after the Briscoes attacked the champs. They zip tied Shelly to the ropes and forced him to watch Sabin get hit with a Jay Driller on a chair.

Marty Scurll beat Shane Taylor after throwing powder in the eyes. After the match Marty called out Punishment Martinez, saying he believes he would beat Dalton Castle for the World title tonight and wants to be next in line. Martinez cepted and then laid out Marty.

Cody beat Matt Taven. After the match the Kingdom,laid out Cody and Taven walked off with Cody’s ROH ring.

Coast to Coast vs. Beer City Bruiser and a partner who’s name I did not catch turned into a 6 man of C2C and Kenny King beating BCB, Unknown Partner, and Silas Young when Kenny pinned Silas with the Royal Flush.

Dalton Castle beat Punishment Martinez with a roll up. After the match, Martinez destroyed the Boys and the timekeeper’s table. Castle announced that he is granting Jay Lethal the next shot at the World title.

Jay Lethal beat Flip Gordon. After the match Colt Cabana stopped Lethal in the aisle to announce that Lethal vs Castle is officially signed for the 16th Anniversary PPV on 3/9 in Las Vegas. This brought out Marty Scurll and after some back and forth Lethal agreed that “when” he wins the title Marty Scurll is next in line for a shot.

Socal Uncensored beat the Hung Bucks to win the 6 Man Tag Titles after Kazarian hit Matt with one of the titles.

This brought out Bully Ray, who said he notices that there isn’t a lot of honor around here anymore and ROH has become the Wild West. He said he’s talked to Joe Koff and Joe has told him to do what ever he needs to do to restore the honor that the company was built on. Bully says he’s not a GM or an authority figure, he’s just an “enforcer” of the honor that people like Nigel McGuinness upheld. He asks the crowd if the match should be restarted and the crowd says yes.

The Young Bucks beat Socal Uncensored with a Meltzer Driver to retain the 6 Man Tag Titles.

The “Being the Elite” cast film a segment in the ring for an upcoming episode. 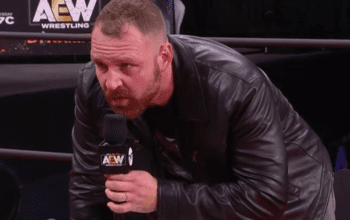