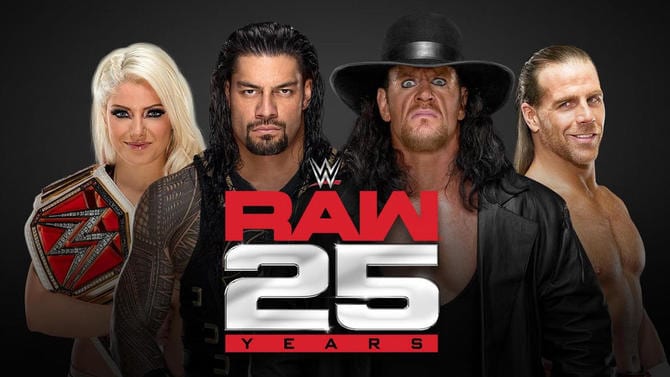 While discussing the RAW 25th Anniversary show on the latest installment of Wrestling Observer Live, Bryan Alvarez revealed that this Monday’s event is supposed to be bigger than the RAW after WrestleMania.

“I’ve been told that at least in terms of production and individuals being brought in and ideas and pitches RAW 25 will be bigger than the traditional night after WrestleMania RAW,” Alvarez explained.

“Will you like it better? I don’t know, that’s up to you. But the way they’re putting it together it is a bigger event and higher priority than the post-Mania RAW.”

Check back here on Monday at 8PM ET for our live play-by-play coverage of the RAW 25th Anniversary show.