Upcoming plans for the WWE Universal were discussed once again by Dave Meltzer on today’s installment of the Wrestling Observer Newsletter. It was noted that the plan heading into the April 30th WWE Payback event would see Roman Reigns facing off against Braun Strowman. Meltzer indicated that the winner of this match would be the next challenger for the WWE Universal Title against Brock Lesnar.

In regards to the outcome of the match, Meltzer believes that Strowman will actually go over Roman at WWE Payback, however Roman will be protected (Some sort of screwy finish in most cases). The feeling is WWE still needs Roman to look strong and it wouldn’t look good if he lost cleanly to Strowman coming off his victory over The Undertaker at WrestleMania 33. Roman is expected to face Lesnar for the WWE Universal Championship in the future, presumably at next year’s WrestleMania 34 event.

Braun vs. Lesnar is expected to take place at the upcoming Extreme Rules or Badd Blood pay-per-view event. 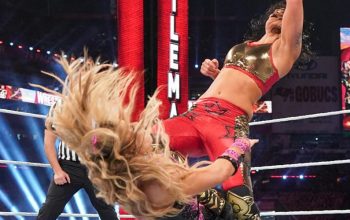