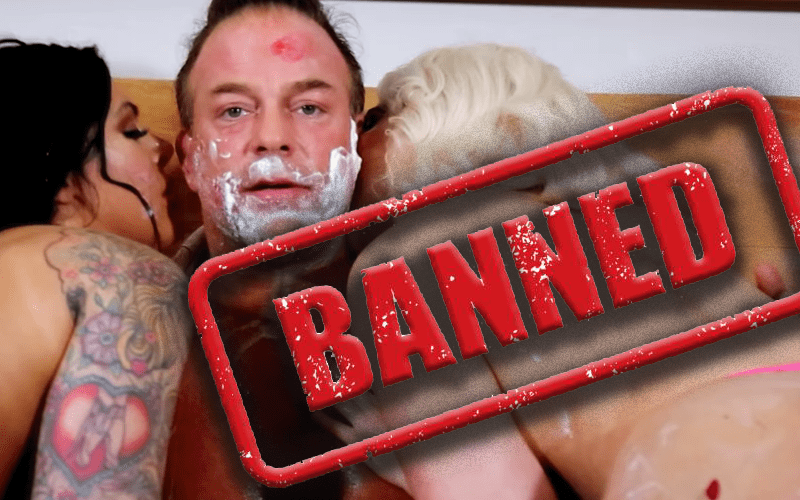 Following a very steamy scene with the three of them were the two ladies ended up topless, Impact lost something themselves. Twitch pulled their affiliate status and banned them.

At this time there is no word when Impact Wrestling might get things fixed. The RVD segment received a lot of attention within the Internet Wrestling Community. Apparently, it also caught the eye of some powerful people at Twitch.

Since Impact Wrestling found AXS TV as their new television home losing Twitch might not be a huge deal. It is still a platform where their fans can enjoy the product and now it looks like Rob Van Dam’s little triple threat match in the bedroom got them banned.