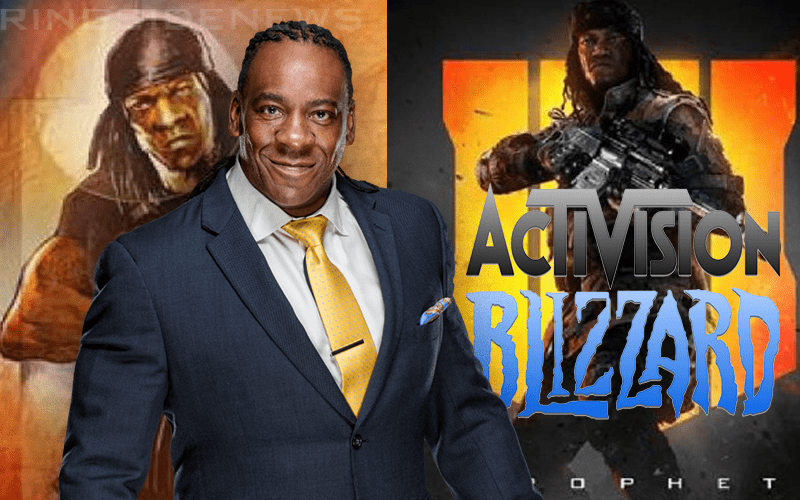 Booker T’s character has transformed a few times, but some people might still remember him as GI Bro. That character has since spawned into a comic book series for the former Harlem Heat member and now he’s fighting to keep it original.

The Verge reports that Booker T has filed a lawsuit against Activision and Blizzard Entertainment for stealing his GI Bro character.

The 5x World Champion is saying that there is a similarity between GI Bro and a character in Call Of Duty Black Ops 4. The Prophet character does bear a striking resemblance to GI Bro and Booker means business.

As described by court documents, you can read the chief complaint below.

We will keep you posted about how this one turns out. If Booker T is able to get a ruling in his favor it could set a precedent for people filing lawsuits against video games for jacking their likenesses.