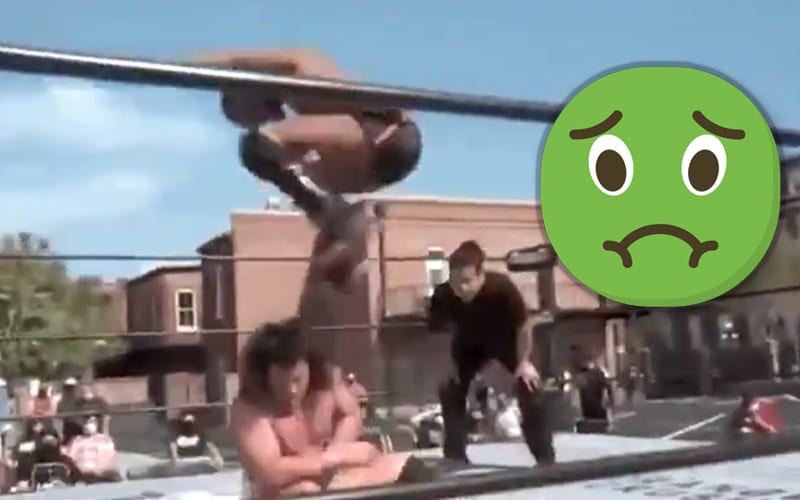 You never know what can happen in a pro wrestling ring. GCW held The Collective’s Remix today, and some people pulled out of the show. JJ Garrett filled in and wrestled, but an unexpected incident drew concern.

JJ Garrett, who has wrestled for AEW on Dark, tweeted out to say, “Puked in the ring for the first time ever today.” Naturally, fans were concerned.

Garrett later explained that he’s okay now. It was very hot in the ring and that was his second match of the day. The real problem was that he also chugged a bunch of water before going out there.

Thank you all for checking in on me, just got overheated and chugged too much water before the match.

It’s good that he’s okay and didn’t have any real illness to worry about. We do have to feel for anyone who might have gotten a bit queasy after watching him vomit up some water in the ring, and anyone who had to wrestle in it afterward.