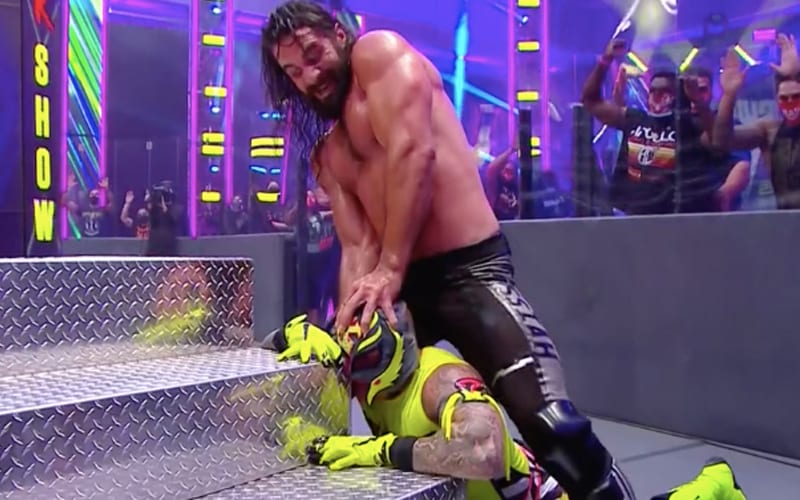 WWE fans saw many interesting matched over the past year during pandemic programming. The Horror Show at Extreme Rules featured a match with a very gruesome gimmick attacked as one competitor was certain to lose an eye.

While speaking to the Out Of Character podcast, Seth Rollins said that WWE has been able to tell cleaner stories in the ThunderDome. He also went on to discuss some of the longer angles that he’s been a part of, even though they might get carried away.

Rollins admitted that some stories have “overstayed their welcome,” and he said his program with the Mysterios “got carried away at the end.” He is still proud of that eye for an eye match.

“Some stories have overstayed their welcome, but we’ve definitely been allowed to tell fully fleshed out stories over six or seven months that we wouldn’t get through normally because a live crowd would force creative to change course. I had a blast working with the Mysterios, though things got carried away at the end. I was proud of the eye-for-an-eye match.”

WWE’s eye for an eye match made headlines, but not for the best reasons. Some fans called out the corny editing and use of a fake eyeball. It is also the reason why Rey Mysterio still has one eye covered on his mask. We’ll have to see how long that style sticks around, but Rollins is proud of the end result.